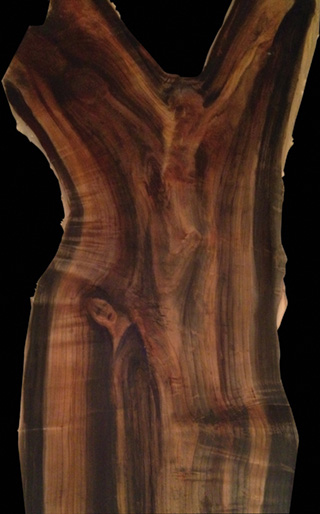 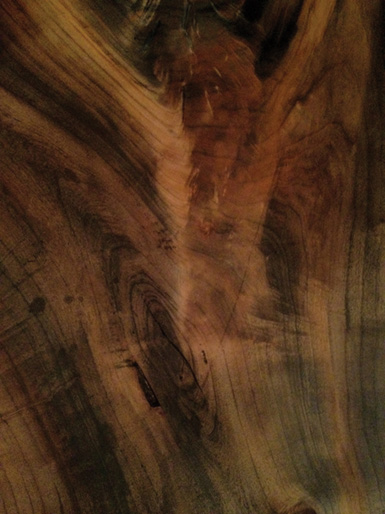 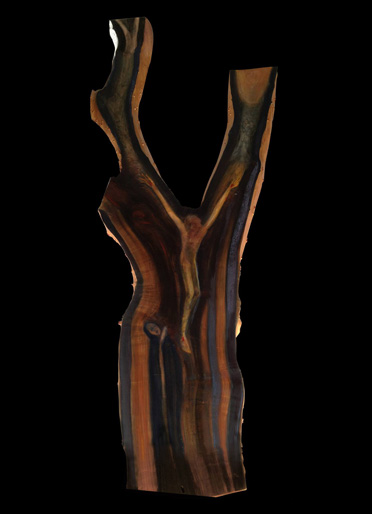 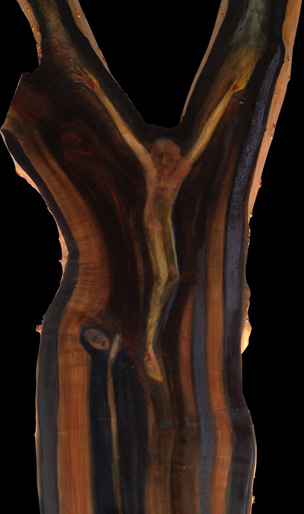 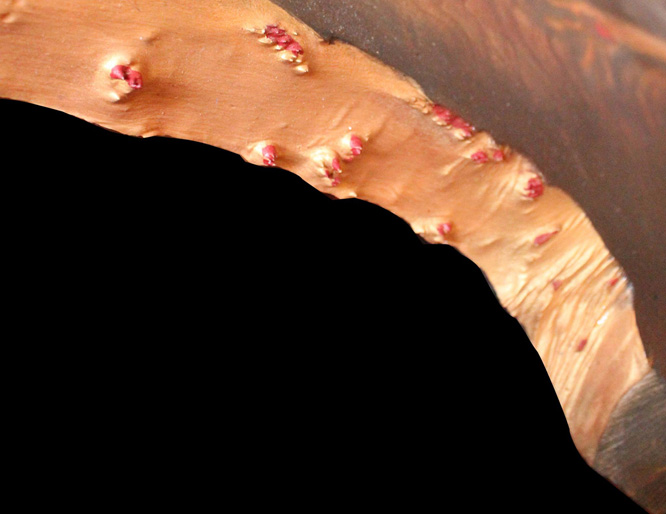 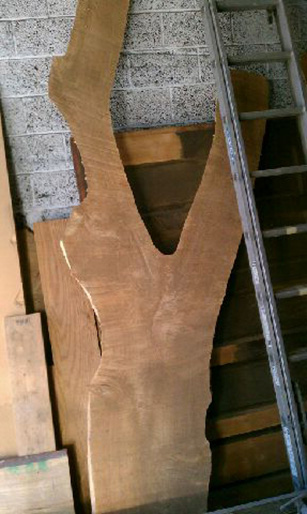 The invitation to contribute a painting to a Stations of the Cross exhibit hung in the air. I was wondering how I’d create a compelling, original representation of “Christ is Crucified” when I got a text.

> Jason Boone, from Pittsburgh Urban Tree LLC. http://www.pittsburghurbantree.com
> sent me a picture of a good sized section of a weeping willow tree, leaning against his shop wall.

I picked it up later that day, tying it down to the roof of my car. Once the tree was in the studio I began with thin washes of pigment and oil, letting the grain direct the process.
– I had no specific composition in mind.-

I paid close attention to the grain. In some areas, the grain was tight and pigment slid across, others areas were absorbent and held the color. The variance in absorption caused entire sections of the grain to move forward while others to receded.

The figure of Christ emerged first, not where I had originally anticipated- a portrait with the head holding prominence facing to the left, not a complete figure- however, the full figure of Christ manifest in the center.

The lesson of the Crucifixion is to voluntarily accept that life is suffering. Shoulder the burden willingly. Straighten out what’s at hand or at least not make things worse.
This creates meaning.
Meaning transcends suffering.

Over the following weeks, I applied countless washes gradually increasing the amount of pigment as I went. The second figure in the tree took longer to materialize.

It was Mary at her son’s feet.
Mary symbolizes the Universal Mother.

The mother brings being into existence.
Nurtures, protects and teaches.
She accepts her child will suffer and inevitably face death.
She understands the necessity of renewal and the potential of the individual to combat the tragedy inherent in life.